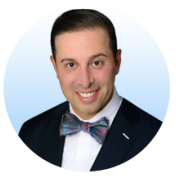 Dr. Adamo Notarantonio is a graduate of the State University of New York at Stony Brook School of Dental Medicine (2002), where he received honors in both removable and fixed prosthodontics. He completed his residency in the Advanced Education in General Dentistry Program at Stony Brook in 2003, and was chosen by faculty to complete a second year as Chief Resident.

Dr. Adamo was accredited by American Academy of Cosmetic Dentistry in 2011, and recently received his Fellowship in the AACD. He is the only Accredited Fellow in New York State, and the 80th person worldwide to achieve this honor. He was further honored by the Academy when asked to serve as a consultant and examiner for the Accreditation and Fellowship processes.

Dr. Adamo is a graduate of the Kois Center, where he studied under Dr. John Kois. He also has completed The Dawson Academy Core Curriculum and has received his fellowship in the International Congress of Oral Implantologists. He has been published in multiple dental journals and lectures nationally and internationally on such topics as CAD/CAM dentistry, implant dentistry, cosmetic dentistry, composite dentistry and dental photography. Dr. Adamo also volunteers his time at the NYU College of Dentistry where he is a Clinical Instructor in the Honors Aesthetics Program.

Register for  the ARUBA Dental Conference

With minimal invasive dentistry and responsible esthetics alive and well in dentistry today, more and more patients are seeking the least invasive treatment while still demanding the highest level of cosmetic care. This could leave even the most skilled clinician in a tough situation, especially when trying to match a single tooth to the remaining dentition in a seamless fashion. This lecture will focus on responsible esthetics, clinical tips to help any clinician with single tooth dentistry, as well as two case presentations focusing on a single veneer and a single anterior implant crown.

The Following Topics Will Be Discussed:

• Must haves in your armamentarium for esthetic success

• Case presentations for a single veneer and a single anterior implant

This course is geared for dentists and technicians.

Everything But The Crown 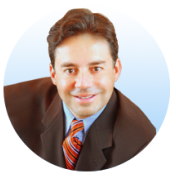 Dr Faroud Hakim has balanced private practice and dental education for 27 years in the San Francisco Bay Area. He has a true passion for restorative dentistry ranging from complex rehabilitation to optimally conservative, single tooth restoration. He is former Vice Chair of the Department of Integrated Reconstructive Dental Sciences at University of the Pacific and has been a Director in the Esthetics, Implant and Complex Care Clinic at Pacific.

Dr. Hakim earned his D.D.S. Degree in 1991 from the University of the Pacific and later went on to complete an MBA from his Alma Mater. He is a member of OKU Dental Honor Society and Past President of the Delta Delta Chapter, as well as a Fellow and Graduate of the ADEA Leadership Institute and sits on the Board of Catapult Education. Dr. Hakim has lectured nationally and internationally on topics ranging from technology, esthetic dentistry, occlusion, smile design, CAD/CAM, photography, and adhesive & composite dentistry. Dr. Hakim has several publications and has authored two chapters in the 2010 text, Esthetic Dentistry in Clinical Practice from Blackwell Publishing.

Register for  the ARUBA Dental Conference

An important but at times, disproportionate amount of time is spent in dental CE addressing modern ceramics, material selection & prescription, and final restoration cementation vs bonding. This 2 hour presentation aims to fill the gap for many of the very critical sub-procedures that are often neglected or glossed over in programs. The Doctor still has to get from point A to B daily when it comes to contemporary Crown and Bridge procedures.

The Following Topics Will Be Discussed:

• Learn how to handle complex buildups, modern philosophies on post and core and substrate masking

• Tissue management for success – capturing an accurate impression “the first time, every time”

Let’s all learn together through an interactive program with audience members sharing their most challenging clinical dilemmas!

This course is geared towards dentists that wish to enhance their skills and build confidence with Crown & Bridge procedures.

COUNT DOWN TO PARADISE

Join us for the 6th Annual Aruba Dental Conference 2020